Our deepest sympathy goes to those people who are affected by the Great East Japan Earthquake. We sincerely pray for the swift recovery of the devastated area.

We extend our heartfelt thanks to people around the world for giving us many words of encouragement. (April.25.2011)

We are going to introduce Chiba Prefecture’s mascot！

Hari Xìngzi (Hari Kyoko), Taiwanese essayist and writer, visited various places in the prefecture during four days from May 30 to June 2.

The sunset on top of Mt. Fuji 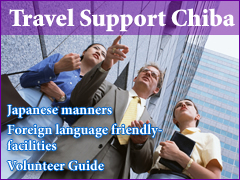 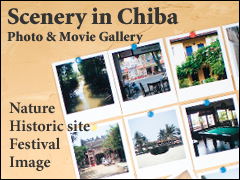